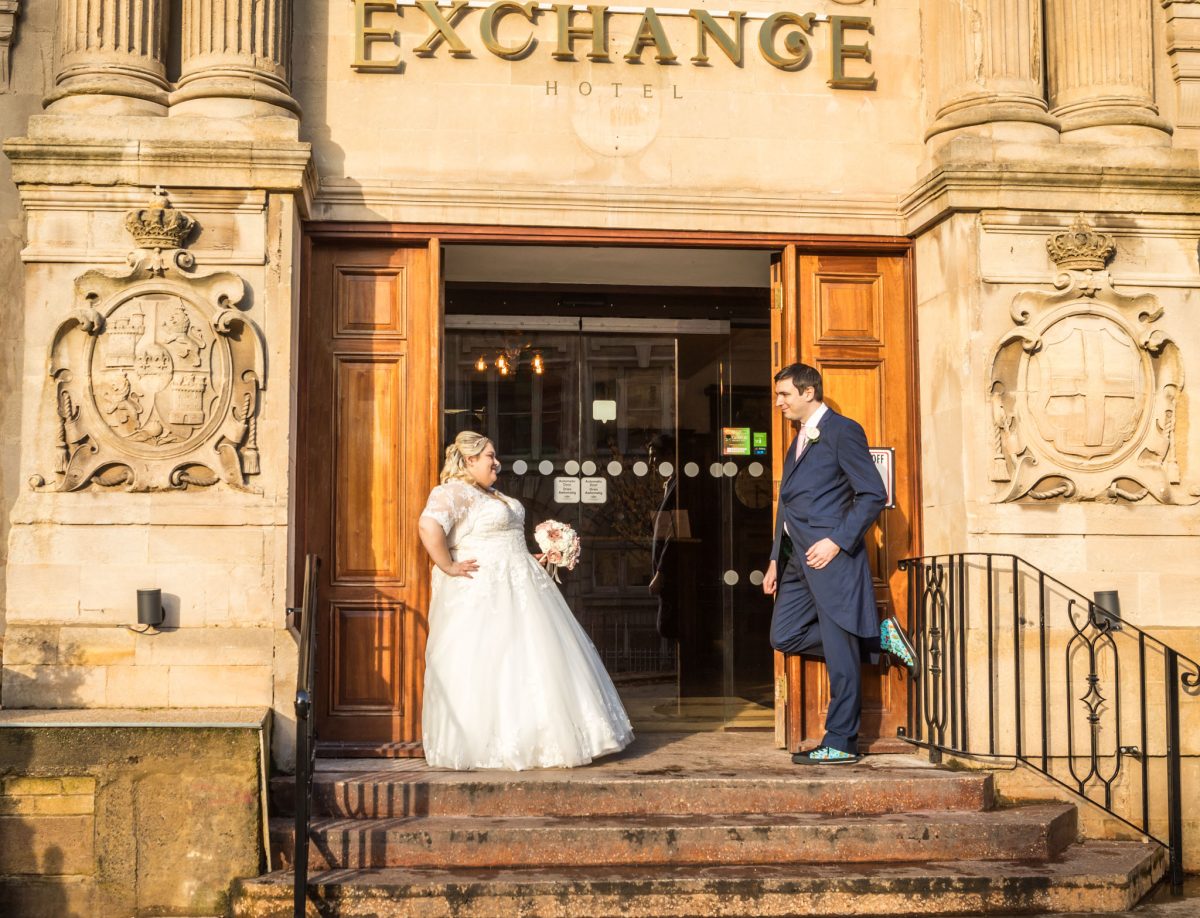 Wedding of Hannah & John at The Exchange Hotel

Last Thursday, I returned to Cardiff for the wedding of Hannah and John at The Exchange Hotel. This lovely couple live in Manchester so had arranged two separate wedding parties. The second was to be two days later back in Manchester – I was therefore only with them for half a day. I met them both at The Exchange Hotel by 11am. Hannah (originally from Wales) looked amazing in her beautiful dress. John was downstairs eagerly waiting with his parents. They both wanted a less formal wedding so had organised to travel together to City Hall where they had chosen to have their ceremony. As is typical this time of year, the weather was unpredictable and it was raining. We headed off in the beautiful vintage cars by Henrietta Vintage Car Hire. Other family and friends were already at City Hall awaiting their arrival.

Cardiff’s City Hall is a stunning older building with large rooms and high ceilings. Hannah and John chose to walk in to their ceremony together holding hands. By the time they were pronounced as husband and wife, the sunshine had started streaming in through the windows! Hannah and John had planned for months that they wanted to nip next door to the National Museum. Dippy the 70ft dinosaur is currently on display until 26th January and all three of us love dinosaurs! I was delighted to be back in there (2nd time in a week) and able to photograph the newlyweds with Dippy. Much to their surprise, the lovely members of the public gave them a huge clap and cheer when they walked in! Once we’d had fun taking pics at the Museum, we headed back to the fabulous Exchange Hotel.

Reception at The Exchange Hotel:

This truly stunning and historic building has been tastefully renovated in the last few years. It was once known as the Coal Exchange and housed the biggest coal trading business in the world. The impressive exterior, makes for fabulous photos! Welcome drinks and canapés were enjoyed by everyone and the fabulous staff were so accommodating. Although still very wet, we were able to get some outdoor photos with family and friends. Hannah and John later went in for their sit-down meal which was when I left them to enjoy the rest of their afternoon.

The happy couple are currently abroad on honeymoon. I hope you guys are having a fabulous holiday and enjoy seeing a selection of your wedding pics below: 🙂